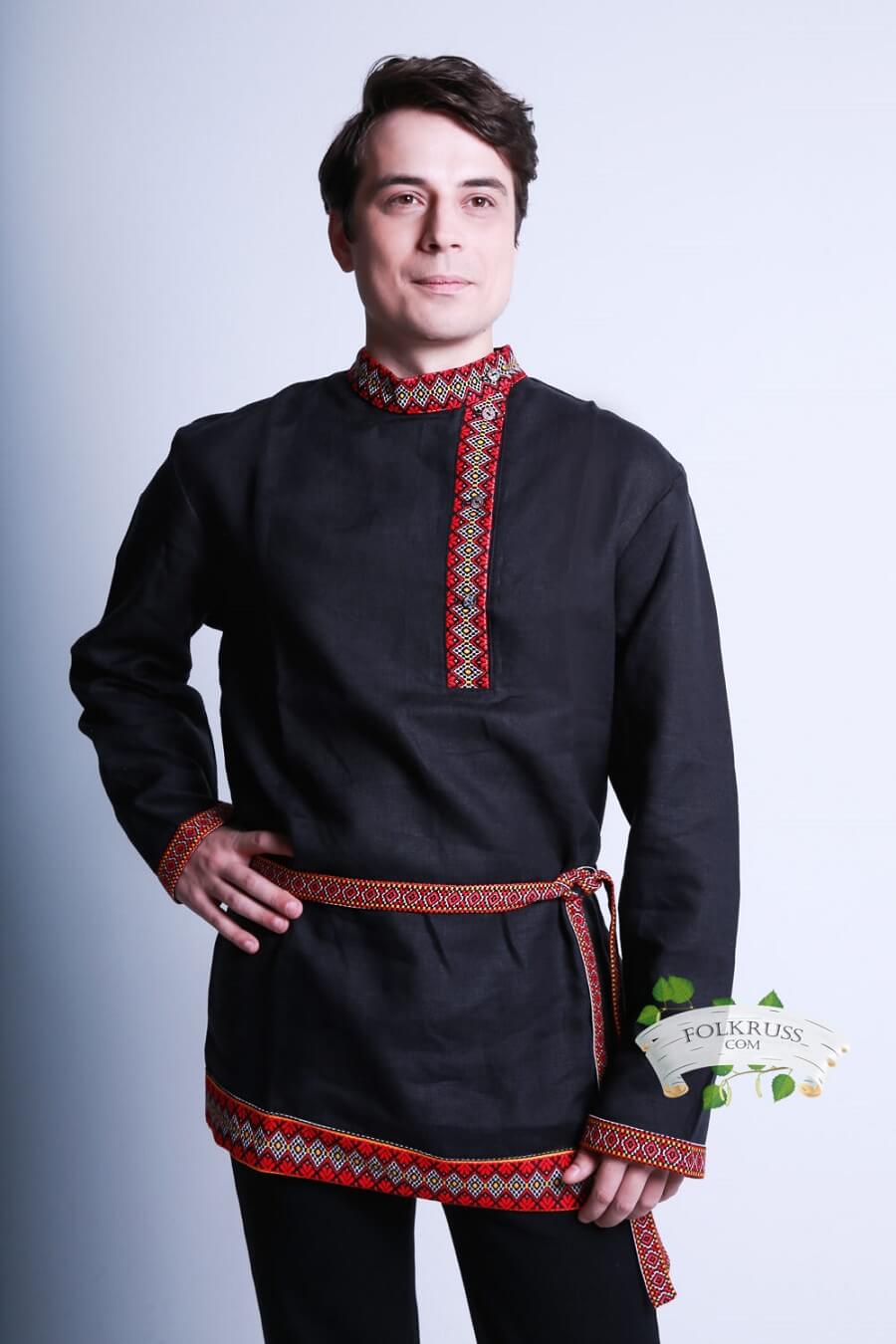 From the last ages shirt used to be a very important part of Russian national costume. Both women and men wore shirt as it was the only comfortable clothing and especially for countrymen in the village. It got its name from the word “rub” – fragment or piece of cloth.

Many Russian customs are associated with the shirt. It had also a symbolic meaning, not only practical. For example: pure white shirt as a symbol of pure and soul was worn during the baptism ceremony, before the fight and at the wedding. Nowadays Russian people continue to use a white shirt for a baptism ceremony. Many Russian proverbs and sayings associated with the shirt: “born in a shirt” (it means somebody has a lucky), “a shirt guy” (very friendly, person is easy to communicate). In short, every man was accompanied with the shirt from birth to the last days of his life.

Also with the shirt had a various signs or omens: men’s shirt could’t be sold because selling could bring unhappiness. It was impossible to break shirt as this could do damage to its owner. A wedding shirt had medicinal properties.

The shirt have a different embroidery, which served not only as decoration but also a talisman against evil forces.